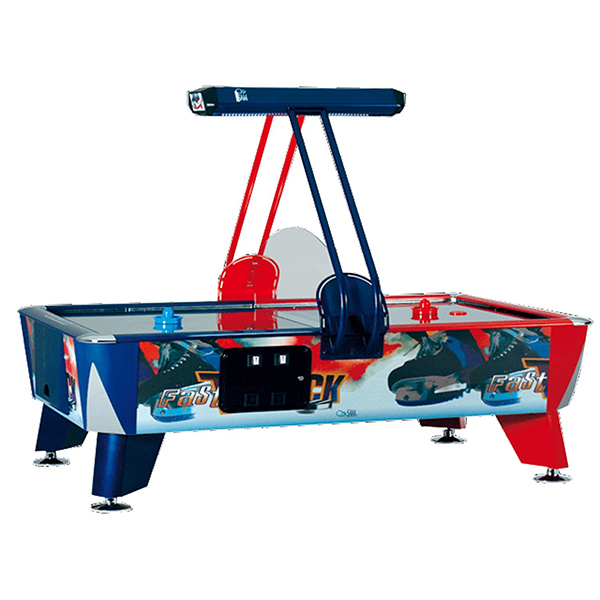 Air hockey is a game where 2 players play against each other on a low-friction table. Air hockey requires an air-hockey table, two player-held strikers, and a puck.

A typical air hockey table consists of large smooth playing surface, a surrounding rail to prevent the puck and paddles from leaving the table, and slots in the rail at either end of the table that serve as goals. On the ends of the table behind and below the goals, there is usually a puck return. Additionally, tables will typically have some sort of machinery that produces a cushion of air on the play surface through tiny holes, with the purpose of reducing friction and increasing play speed. In some tables, the machinery is eschewed in favor of a slick table surface, usually plastic, in the interest of saving money in both manufacturing and maintenance costs. Note that these tables are technically not air hockey tables since no air is involved, however, they are still generally understood to be as such due to the basic similarity of gameplay. There also exist pucks that use a battery and fan to generate their own air cushion, but as they are prone to breakage, they are commonly marketed only as toys. An air hockey table has very little friction.