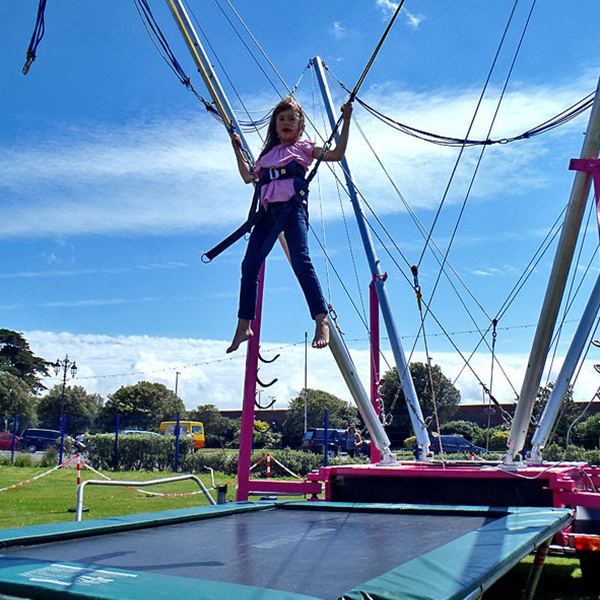 A bungee trampoline is a mechanical amusement attraction which contains a support structure of 3 to 8 m in height or 10 to 26 feet, a pulley system to anchor and retract bungee cords, a trampoline the jumper will bounce on, a harness to attach the jumper to the cords and structure, and a winch—either electric or manual—to put tension on the bungee cords by pulling on them through the pulleys.