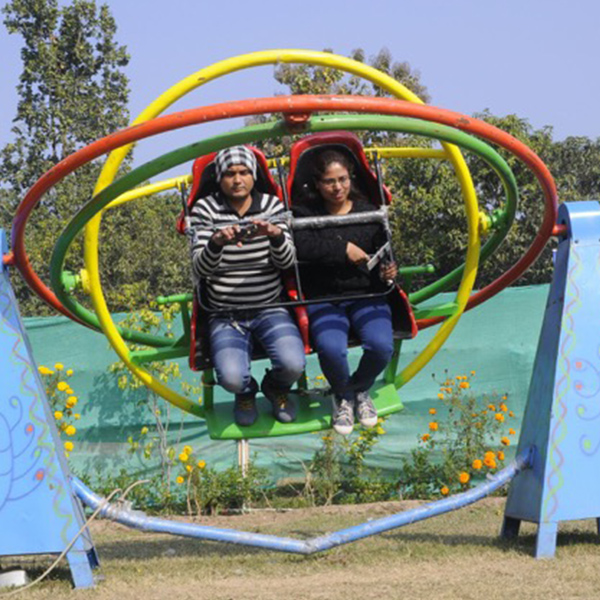 A gyroscope large enough to contain a human being, used for cardiovascular workout and equilibrioception (balance) training in pilots and astronauts. Gyroscopes were primarily used for gyms , but are now out used for amusement applications. These machines are largely used for entertainment at fairs and events and as sci-fi showpieces in movies and television. Several companies around the world have picked up the idea and produced their own version with slight changes.