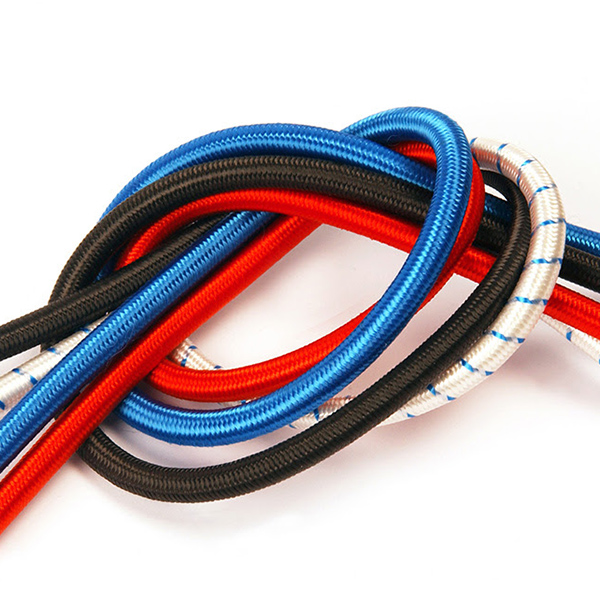 A bungee cord (sometimes spelled bungie), also known as a shock cord, (occy strap or octopus strap in Australian common usage) is an elastic cord composed of one or more elastic strands forming a core, usually covered in a woven cotton or polypropylene sheath. The sheath does not materially extend elastically, but it is braided with its strands spiralling around the core so that a longitudinal pull causes it to squeeze the core, transmitting the core's elastic compression to the longitudinal extension of the sheath and cord. Specialized bungees, such as some used in bungee jumping, may be made entirely of elastic strands.

Bungee cords have been used to provide a lightweight suspension for aircraft undercarriages from before World War I, and are still used on many small homebuilt aircraft where weight remains critical.[1] Bungee cords were also used in parachuting to assist in opening the old-style parachute container after the ripcord was pulled.